i’m reminded of a line in an old song which goes, there’s such a lot of world to see. i could tell you about all the places still on my list (peru, patagonia, the endless plains of africa!) and my plans to get there. but today, i would rather think about the world which is right here — the scent of home, south bridge road in the middle of the day, the flicker of a candle on a pistachio tiramisu square, coffee and my mum and dad in the morning. five girls whose paths have crossed and converged into a blazing boon lay road, warm hands that fold over mine and guide me into dreams of drywall, blue walls, and two brass halos of golden light glowing in tanjong pagar.

There was a time in my life when I did not have to think about what to write, how to write. I found it in 2011, in a walk-up apartment in a small american town — clarity that came along with the shifting of seasons and the blind, unquestioning wonder of starting life somewhere new.

Everything is salient when everything is novel, and we are grateful and plugged into moments, desperate to memorise every detail because we know change is going to come. It makes things good, easy, beautiful, even if it may not seem that way to someone else. I still remember so much. What it’s like to wake up cold, and find a sun-patch to sit in. What it’s like to barely notice the quality of a secondhand bicycle because you belong to each other. Negotiating the curves of the bike path, finding my way through the fog at night, to San Francisco and Oregon and Boston and New York alone, accompanied, absolutely happy.

Fast forward a whole SIX years and here we are! I was a student then and have become a student again. The thing is, I’m not sure what I remember about the time in between. I know worked a lot but it never felt like enough. I spent a bit too much. But I also triumphed through things that made me terrified. I found love again in the hum of a little sewing machine and in working with my hands, and fought to keep the ways of the world from tainting that love — time, money, competition, comparison, all of the things which shouldn’t matter but do. There has been so much to be grateful for, but there is a difference between gratitude for the sum of all things, and gratitude simply for coming out the other end unscathed, and these have not been in the proportion you’d hope for.

So six years and four paragraphs later, here we are indeed. Nothing’s changed since four paragraphs ago but I already feel better. The world is a different place but we are still standing, leopards with the same old spots, more like ourselves than we think. Today, that is a comforting thought. Hello, little white box on the internet. I’ve missed you! 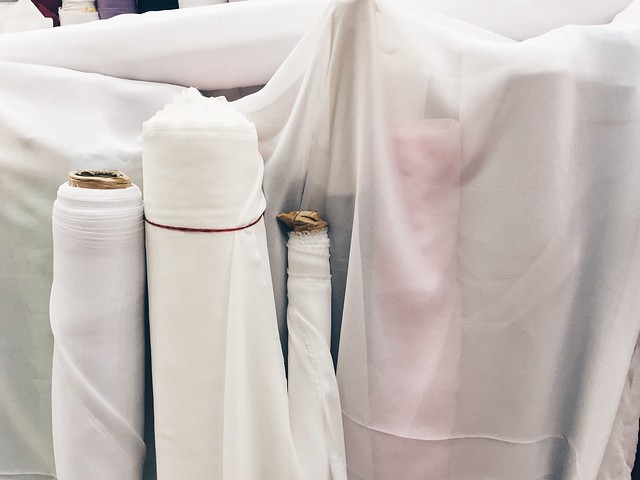 day by day nothing changes / everything is different

Wild Geese
You do not have to be good.
You do not have to walk on your knees
for a hundred miles through the desert, repenting.
You only have to let the soft animal of your body
love what it loves.
Tell me about despair, yours, and I will tell you mine.
Meanwhile the world goes on.
Meanwhile the sun and the clear pebbles of the rain
are moving across the landscapes,
over the prairies and the deep trees,
the mountains and the rivers.
Meanwhile the wild geese, high in the clean blue air,
are heading home again.
Whoever you are, no matter how lonely,
the world offers itself to your imagination,
calls to you like the wild geese, harsh and exciting–
over and over announcing your place
in the family of things.
–Mary Oliver, Dream Work

sometimes a handful of words arrange themselves into a perfect pattern and echo the sounds your heart needs to hear.

Oh. Be still my heart. I never wanted to do the trekking thing again, but I’m secretly glad I let sam drag me out on a grueling journey over the mountains and through the terraces. Never mind how your legs begin to tremble at the 3 hour mark. I could stare at these valleys forever.

Visiting a city the second time around means you get to cut to the chase. No more obligatory tourist areas, long lines, museum fees. Our agenda was simple:-

1. barbecued beef & pork patties (bun cha). this famous establishment on hang da was literally a minute away from our accomodation. perfectly salty, sour and sweet, wrapped in a cloud of barbecue smoke. how is it that i typed that out and just tasted it in my mouth?!

2. learning just how far to go on bargaining for fabric (i still need lessons on this front..)

3. learning how far we’d go just to feast our eyes on more bolts of cottons, linen, silks and denim than we could ever imagine. took a ridiculously long cab ride out of the city and got greeted with more fabric stalls stretching out as far as the eye could see (and then some!)

4. learn to love in this city for the second time around. we did good.

being happy and twenty-two in davis in spring feels like forever ago. never going to get over you.

the scared is scared: i come back to this special short once in while, when i need a little wisdom. tonight is one of those nights / just as i was about to forget the feeling of being exhausted, of having your heart hurt from bruises, of a fully formed tear making its way down your face. we nearly made it. just shy of a winning streak / i am studying for a test tomorrow. in assessing and evaluating levels of ability, there is norm-referencing and there is criterion-referencing. the former says you’re not the best, but compared to the other 90% of the population, you’re a star. don’t fix it if it ain’t broke. but the latter dares to tell the ugly truth: that a defect is a deficit, no matter what shape it sits in / so, my darling, reflect or deflect?

tomorrow is the start of another week. i have the most ridiculously packed five days ahead but cheongsams are all i can think about, all i want to wear to work. last week i wore my first one that dips slightly below the knee and suddenly i am smitten with that perfect length, dreaming dresses up in colours and prints. i don’t know why i spent twenty years rejecting cheongsams for being uncomfortable and scratchy when they are really just sheath dresses with pencil skirts, with delicate collars that go no higher than a regular button-down. sensible but sensual — what’s not to love?

(sorry — i’ve forgotten the links to the original images. saved them a while ago from etsy/ebay sale posts.)

my day job is lovely. but as a bonus, i spend a few hours sewing and drafting every week and it’s when i am happiest. and then, if i’m lucky, sam is waiting outside when i’m done, and what a feeling — to know that your heart still skips a beat.

it’s been a long time since i’ve filled up this little white box. i’ve been good. in four words: very tired, very blessed. have a happy weekend x